The Open Compute Project (OCP) is a collaborative community which focuses on redesigning hardware technology to efficiently implement growing requirements for the infrastructure of data centers. Since July 2019, the first European Open Compute Project (OCP) Experience Center has been located within the maincubes AMS01 data center in Amsterdam. The fully-functional OCP environment is available at maincubes’ site as a demo facility, however, it can also function for testing new OCP Accepted™ and OCP Inspired™ datacenter environments and telco solutions that are relevant to certain IT environments.  The center is open to visitors and prospects at any time.

The European OCP Experience Center was originally founded by Circle B, an OCP Solutions Provider®, and Rittal, a manufacturer of infrastructure solutions for data centers. As part of this partnership, maincubes offers the fully functional OCP environment. While Circle B takes on the role of a supplier, Rittal is responsible for further hardware developments. 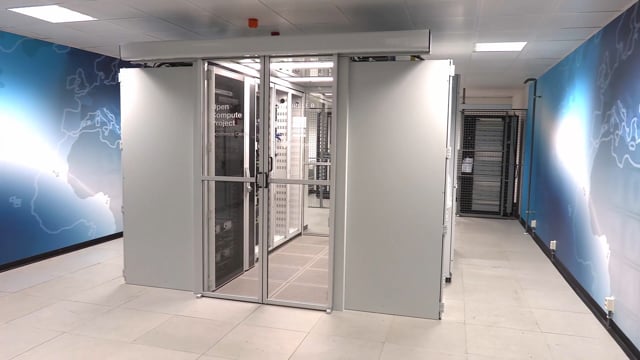 “The European OCP Experience Center has played an important role in the adoption of OCP inspired data center designs in the European region,” states Steve Helvie, VP of Channel for the Open Compute Project Foundation. “I am happy to see that Rittal and Circle B have decided to partner with an important and independent European data center provider like maincubes. And I am very excited that those three companies will continue to drive the growth of OCP in the European region.”

Survey: How well do you know the Open Compute Project?

In 2009, Facebook launched a project to redesign data centers due to the significant increase in users and the corresponding growth in data. A small team of engineers spent the next two years designing and building a new generation of data centers. They managed to keep the costs in relation to the size of a data center as low as possible: The construction was 38 percent more energy-efficient and its operation was 24 percent cheaper than the company’s previous facilities. The result can now be found in Prineville, Oregon.

In 2011, Facebook made its designs available to the public and, together with Intel, Rackspace, Goldman Sachs and Andy Bechtolsheim, they founded the Open Compute Project in combination with the Open Compute Project Foundation. The five founding members wanted to create a movement that would generate the same kind of creativity and collaboration in hardware as it did in open source software. By now the established OCP principles speak for themselves.

If you are interested to find out what the impact of OCP designs can be for your organization, please register to visit the OCP Experience Center: